To have the optimal experience while using this site, you will need to update your browser. You may want to try one of the following alternatives:

SERVPRO® of Pulaski and Laurel Counties named Kentucky Franchise of the Year! 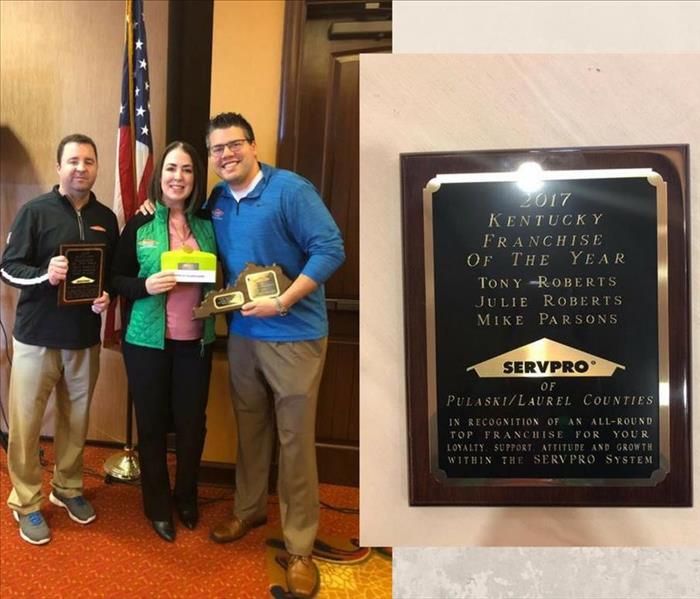 In this photo, the owners: Mike Parsons, Julie Roberts, and Tony Roberts, accepted the award for the 2017 Kentucky SERVPRO Franchise of the Year!

This week, our owners traveled to Gatlinburg, Tennessee for a SERVPRO conference. At the conference, they were named the 2017 Kentucky SERVPRO Franchise of the Year! There are over 25 SERVPRO’s throughout Kentucky so to be named the top tier was an extreme honor.

Our team worked through storms and burst pipes working long hours to bring our customers the best service possible. We have a dedicated team of office, production, and marketing members that work tirelessly throughout the year to make our franchise shine!

Our owners were congratulated by the other SERVPRO’s franchises at the meeting, and they were grateful to have won such a prestigious honor from the best in the business!

Here at SERVPRO we want to make your disaster “Like it never even happened.” Remember, we are Here to Help 24/7/365!